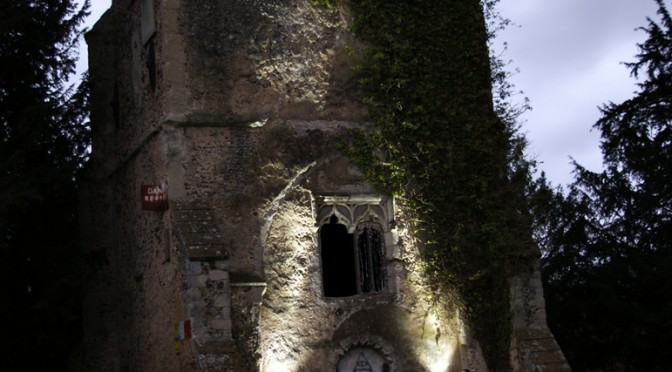 The derelict remains of St Mary’s and All Saints Church is situated in rural Thundridge, Hertfordshire. Although the building is Grade II listed all that remains is the old stone tower and abandoned graveyard.

These ruins are often known to the locals as Cold Christmas Church, adopting the name of the nearby village of the same name.

Cold Christmas Church dates back to 1086 and was built in the grounds of the estate which was owned by Hugh De Desmaisnil. The church was built and intended for private family use only. The church was eventually demolished in 1853 leaving only the 15th century tower that you can still see there today. The church was said to have been built on the wrong alignment which was North to South instead of East to West like many other churches. Many medieval churches were built in this way and later in time people believed that this was the sign of the devil.