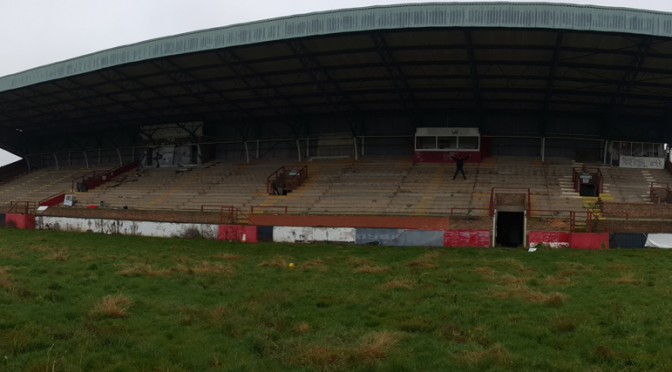 After a failed attempt due to a slight demolition issue at another site nearby, we decided to hit Kettering Town Football Club, something new compared to our previous record of mostly hospitals and military sites.

After quite some time of walking around we took our chances with an access point and after getting somewhat stuck for a few moments, we were in!

Excuse the phone pictures, the majority of the day was in true Great British weather and raining so I did not dare get my camera out.

As always, here’s some history on the site, with credit to RichPDG of 28dl.