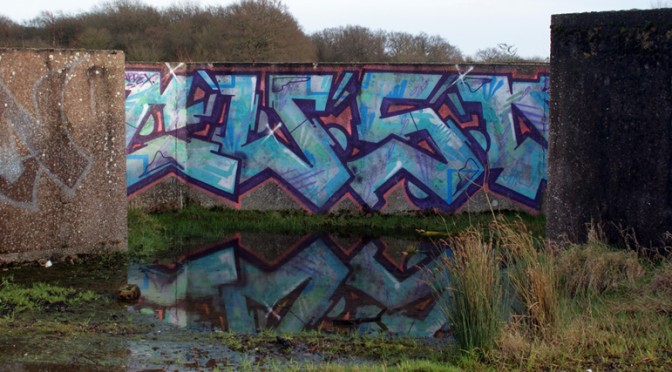 Nestled somewhere between Essex and Hertfordshire is a little known about cold war anti aircraft battery. Unfortunately nothing much remains apart from what I can work out are the concrete control bunkers and the AA platforms themselves arranged in a sort of semi circle formation.

The land now looks to be part of a farm, although bumping into someone who looked as though he worked on the nearby farms walking his dog, we had no issues at all. The person seamed more amused at our lack of wellie boots and the distinct mass of water and mud which later did become a rather hilarious situation, in my case at least. Huge thanks to Tiny Urban Explorer to letting me borrow some dry socks after too!

As with many sites I have visited recently, I can’t seam to find any information online. Maybe I am not looking hard enough, or maybe there literally is no information but instead, here’s the pictures I did get.